I love Halloween time! I look forward to it every year because I love making over the top costumes.

Over the years my kids have come up with some really unique and crazy ideas, some that leave me scratching my head as to how to make it work, but I love the challenge!

Like when my son was a toddler and wanted to be a truck. I wasn’t sure how to pull it off at first, but some cardboard, duct tape, and some touch lights later he was driving his little excavator (complete with candy scoop)! And then there was the year my kid wanted to be a volcano. ….Okay. I’ll make it work. I think. I’ll admit, we had to answer A LOT of “And what are you?” questions that year, but he thought he was awesome. 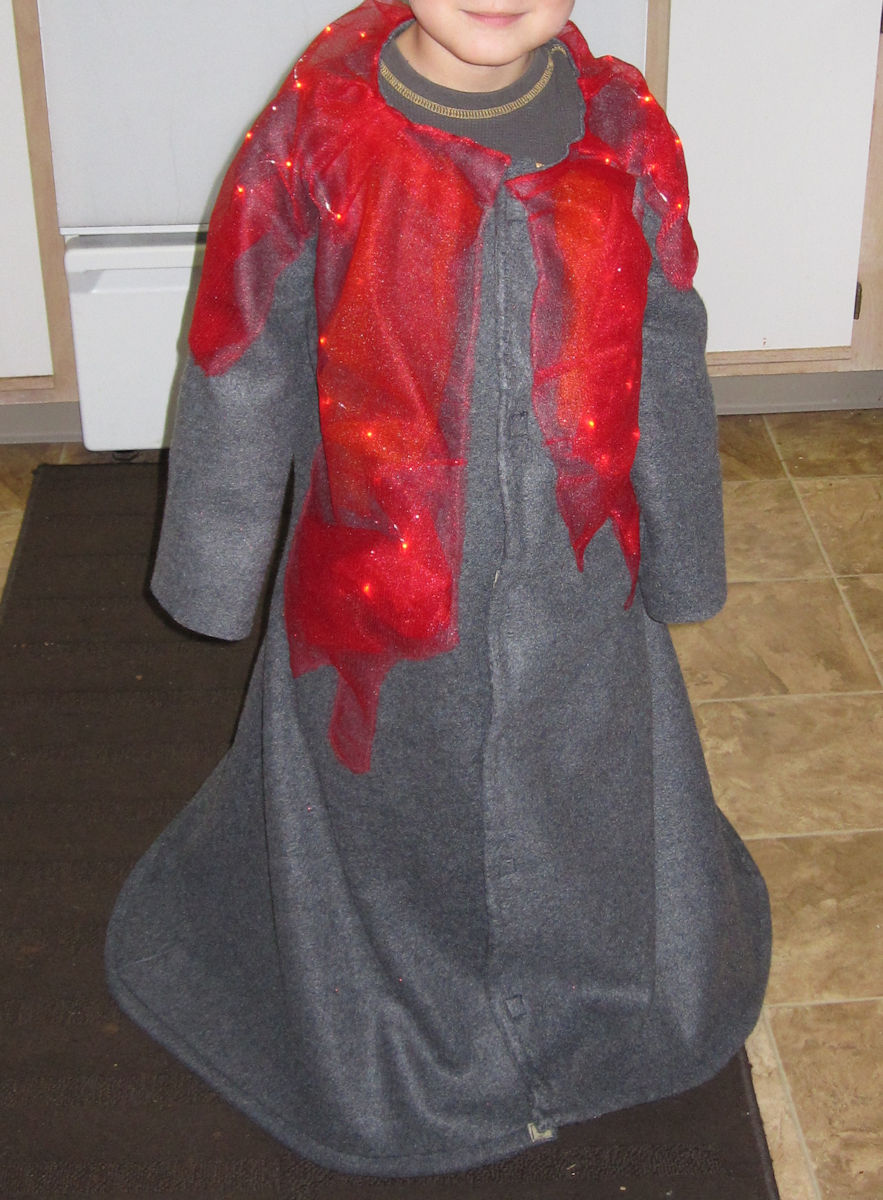 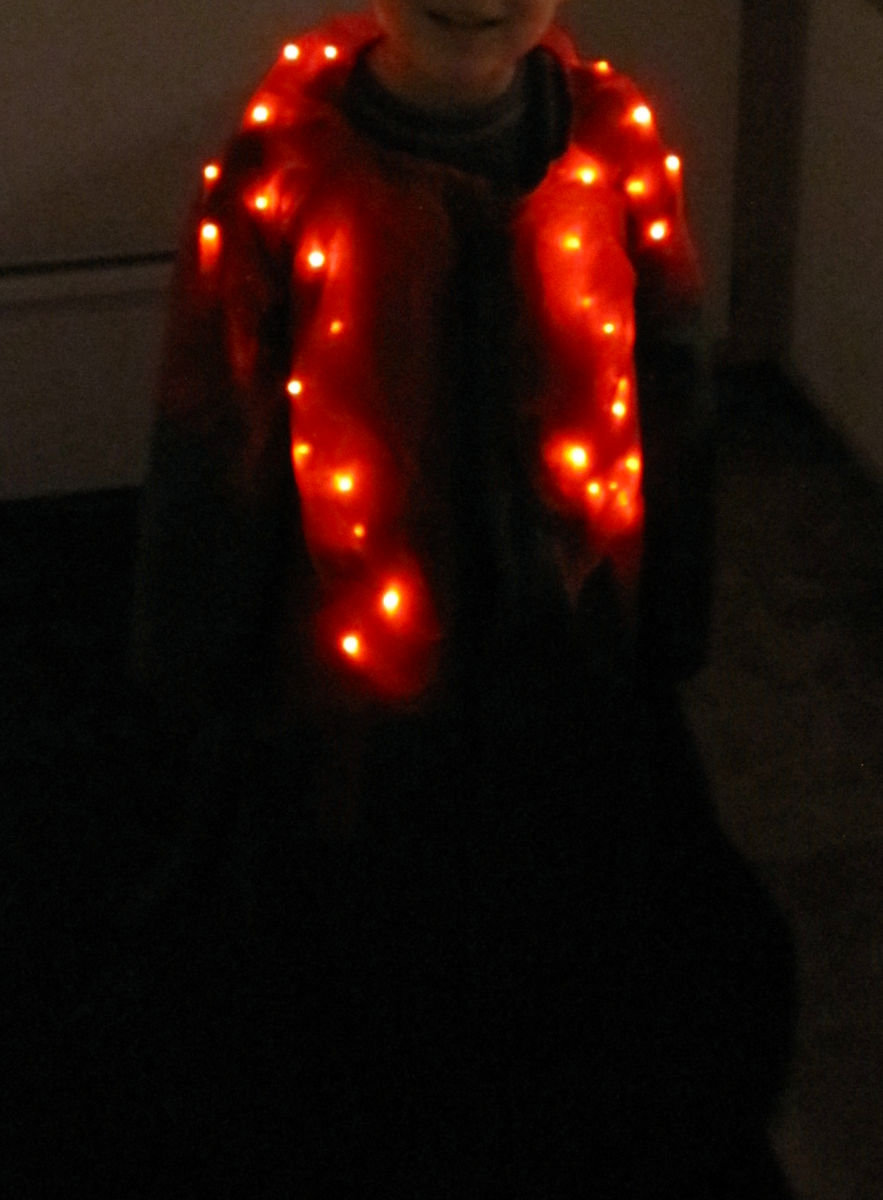 I love things that light up, so when I was asked to make a robot, I was super excited. He even had a candy slot. And I can’t forget last year’s squirrel. Although after realizing how sweaty you get after spending a night walking around in a full faux fur suit, I don’t know that he’s ever going to ask to be something fuzzy again. So I was kind of disappointed when they both asked me to be wizards this year. We recently finished the Harry Potter series, so I can’t say I’m surprised, but I was really hoping for something a little more different. Something with lights! Something a little crazy. (I’m secretly waiting for the year they ask me for something requiring elaborate armor or weapons. I’m dying to try out some cosplay techniques!)

But they’re my kids and I love them so I’m always going to make them what they want. I was a little bit surprised by the lack of wizard costume patterns. With the popularity of Harry Potter I should have expected that nearly everything out there is Hogwarts and Dumbledore, but I guess I expected there to be more than one pattern for a generic wizard.

I ended up modifying Simplicity 1583 to better fit what I was looking for and used velvet because I think the soft and shimmery properties are perfect for a mystical wizard. Today I’m sharing some tips about working with velvet! Here’s the one of the finished wizards! I told him to give me his most impressive wizard pose

I saw these adorable star sequins and totally impulse bought them. And then spent hours hand sewing the little buggers on. Totally worth it though.