Tips for Sewing with Faux Fur While the other boys are dressing up for Halloween as scary monsters and superheroes, what does my 8 year old want to be?

A big ‘ol fuzzy squirrel because, in his words, they’re cute. I love that he wanted to be something unique but that meant figuring out how to sew with faux fur – because a squirrel costume has to be fuzzy!

There are a couple of terms that you’re going to need to know before we get started.

Pile is the length of the fur. The larger the number, the longer the fur.

Nap is the direction the fur runs. To figure out which direction your fur’s nap is, run your hand along it in one direction. If the hair lays down flat and smooth, you’ve found it!

I was pretty intimidated about working with faux fur, especially since I rarely use patterns, so I was trying to figure out how to read a pattern at the same time as working with a material that is slightly more complicated than my normal quilting cotton. But fear not because I have compiled a comprehensive list of tips to make faux fur a little less frightening!

It’s going to be messy.

It’s easier if you mentally prepare yourself for this fact, but there are a few things you can do to minimize the mess. Pin and trace the faux fur. 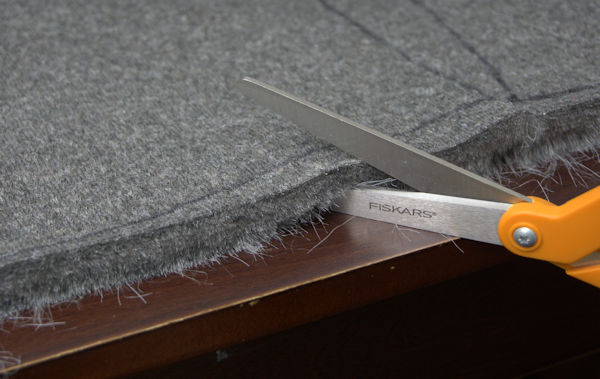 Wrong! Don’t cut all the way through. 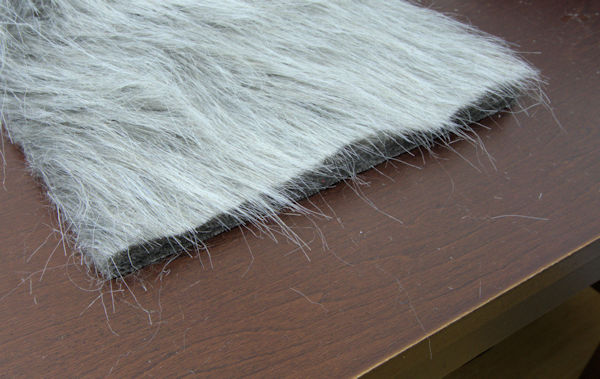 This is what it looks like when the fur is cut all the way through – pretty terrible, right? 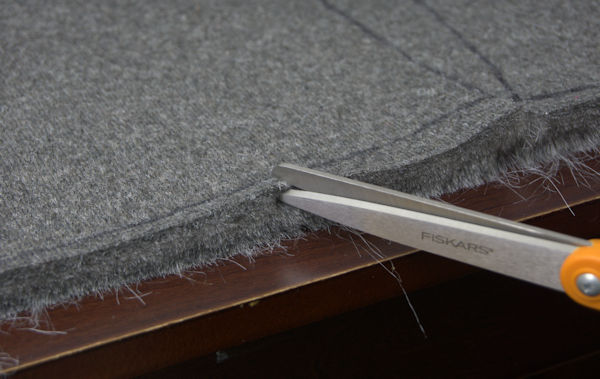 Right! Cut only the knit backing by making several small snips with just the tip of the scissors. 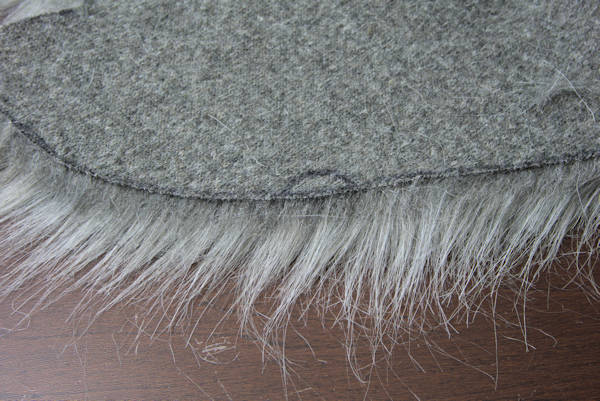 Here’s what a correct cut looks like from the bottom. 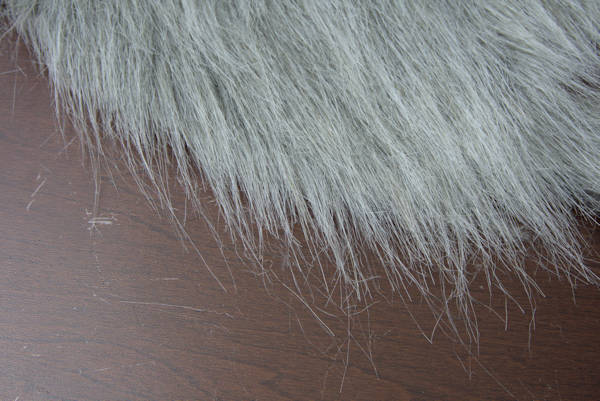 When cut correctly, you won’t see the edge. 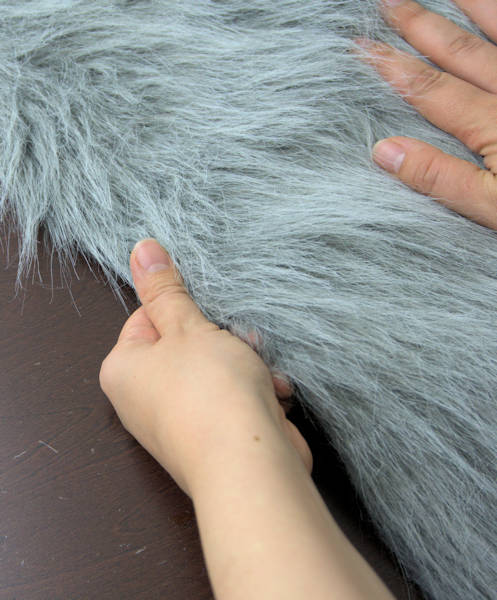 Run your hand along the cut edge to remove loose hair. 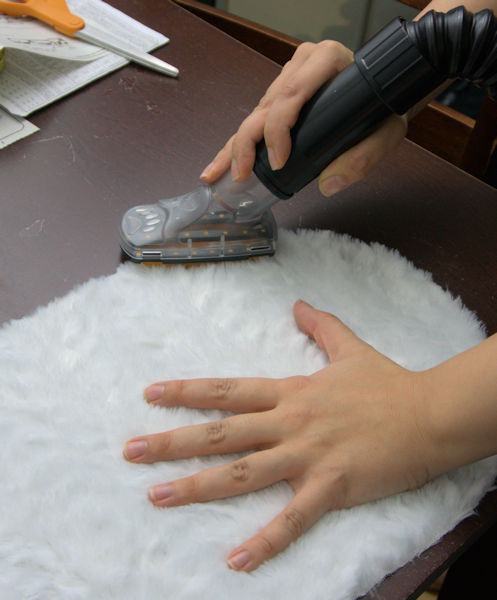 Firmly hold down your fur and use a wide attachment to reduce suction.

Keep fur out of seams. 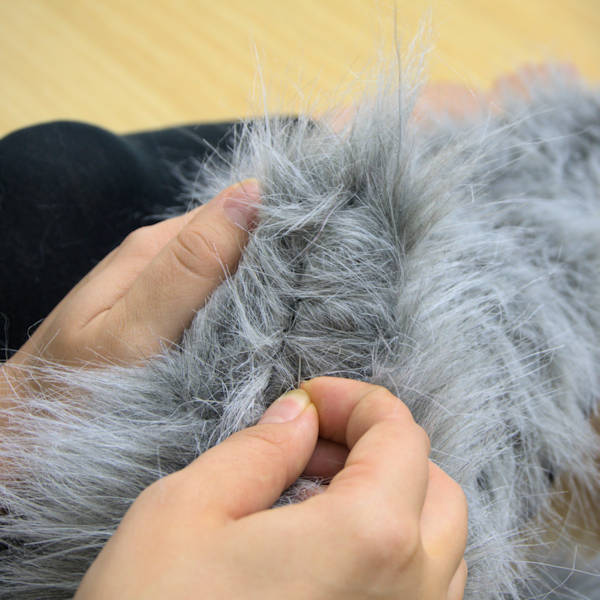 Use a pin to pull out hair stuck in the seam. 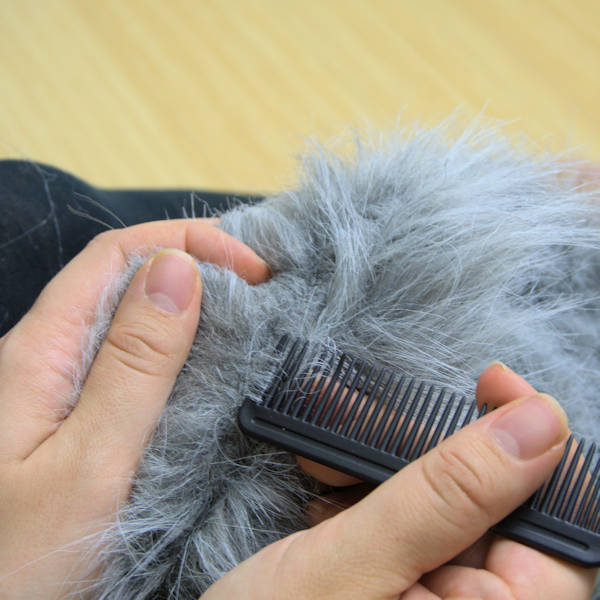 A comb works well for pulling longer hair out of seams.

Follow these tips and you will have amazingly hidden seams! Can you see the seam down the center of the hood?

I needed short hair for the body and longer hair for the tail, but I couldn’t find two different lengths of faux fur with similar enough color, so I gave the little fur suit a haircut! 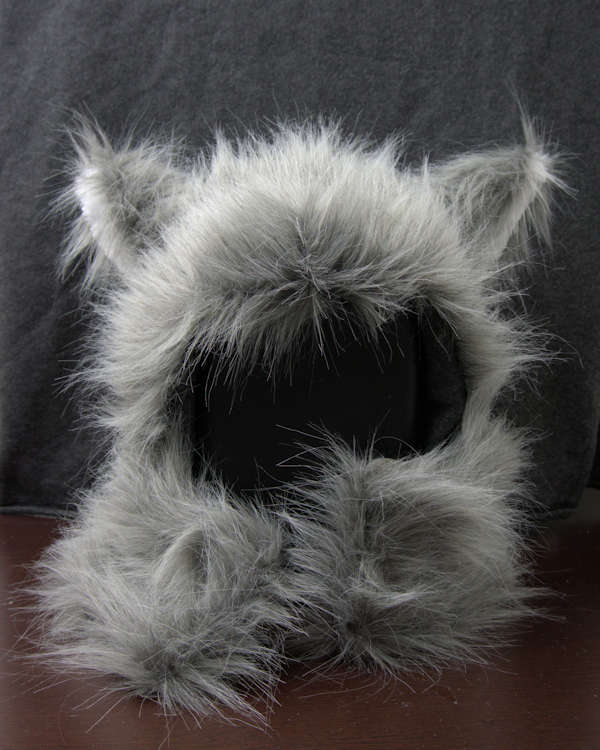 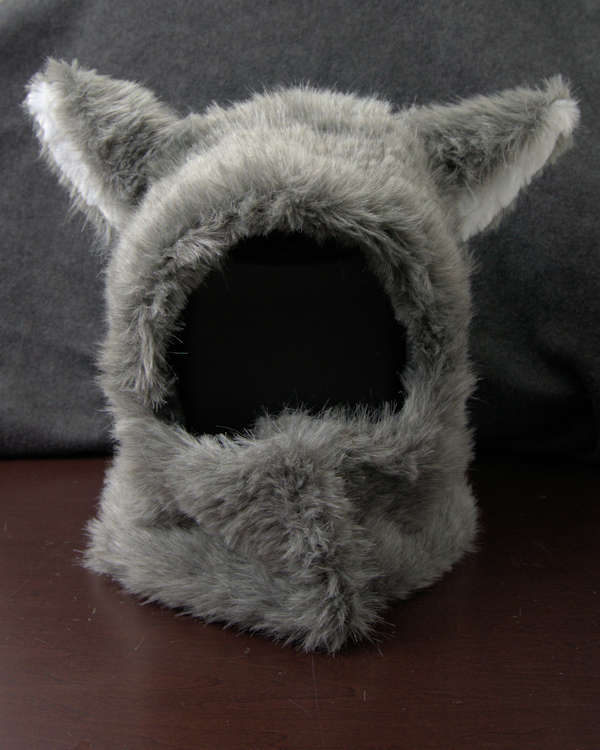 I tested out four different lengths on this piece. 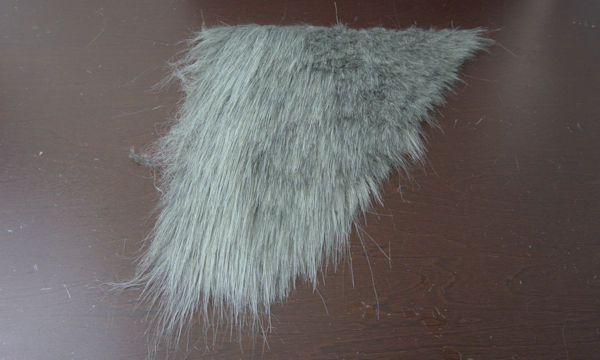 Top view of the same piece.

Give yourself more time than you think you’re going to need to finish. I thought I had given myself more than enough time but as Halloween got closer I started worrying that I wouldn’t finish in time. The extra care and attention you have to take in pretty much every step really starts to add up. I’d estimate it took me probably three times longer than I thought it would.

It may be more work to sew with faux fur, but the end result was totally worth it! Everybody loved his costume. Just be prepared that everyone is going to want to pet you! Hi there. I just came across this blog on faux fur. My 8 year old also wants to be a squirrel this year. Do you mind sharing which pattern you used for this costume? Thanks!

I modified McCall’s M6106, adding the white belly. The tail is just a sleeve slid over a wire frame (which I do not recommend because everyone is going to want to grab it and ours got smushed!), hand sewn to the body. To help keep it upright the top of the tail is hand sewn to a hidden harness (almost like a backpack) to prevent the weight of the tail tearing a hole in the fabric. I added a pin under my Pinterest Tutorial board from another blogger that goes into great detail on how to hold up the tail… Read more »